Home>Business Segments>Services>High-Tech Zone
Zizhu National High-Tech Industrial Development Zone is seated in the southeast of Minhang District, Shanghai. Its foundation was laid in 2002. The planning area is ​​13 km2. The project is divided into three parts: the university campus, the R&D base and the Zizhu supporting area.
R&D Base

The R&D base centers on integrated circuit and software, digital audiovisual, aviation, new energy, new materials and life science in order to attract regional headquarters, research and development centers, venture capital firms and high-tech manufacturers. So far, many Global 500 companies have set up their research and development centers and regional headquarters there, such as Intel, Microsoft, STMicroelectronics, GE, Infosys, Coca-Cola, BorgWarner and ExxonMobil. Meanwhile, a number of major domestic and overseas industrial projects have also settled there, including in large aircraft, nuclear power, new energy and others that concern national key strategic industries. 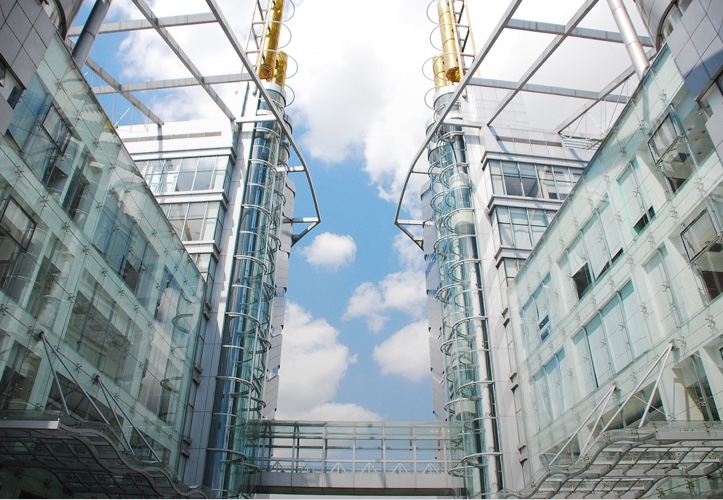 / Information Cyberport
Seated in the core area of the R&D base, the information cyberport was built in 2004, covering a gross floor area of ​​120,000 m2. It can incubate and gather more than 200 companies and hold around 10,000 technical personnel. Currently, it has formed a perfect industrial chain led by several international software development and semiconductor design giants and supplemented by numerous high-growth enterprises.
/ Digital Creativity Hub
The digital creativity hub is also located in the R & D base of the high-tech zone. Phase One has been completed, covering a 220,000 m2 area. The hub is bringing in enterprises in network audiovisual, film and television animation, online games, information technology, e-commerce and other emerging sectors, and will create a perfect ecological environment around the upstream and downstream of the industrial chain with an aim to build a world-leading emerging industry cluster with an annual output value of over 10 billion in 5 years. At present, it is already home to Tudou, China IPTV, TCL-IMAX and other leading enterprises in network audiovisual’s subdivided fields. The university campus provides abundant talent, intelligence, teaching and research support for the high-tech zone’s industrial development. With SJTU and ECNU at its core, Zizhu High-Tech Zone brings in research institutes and campus branches of prestigious institutions of higher education at home and abroad. In 2012, Zizhu International Education Park was established to attract world-class universities to settle down and carry out higher education, with a view to creating a higher education cluster and a model park for in-depth integration of industry, university and research that exerts global influence. Among the settled are USC-SJTU Institute of Cultural and Creative Industry, Asia Europe Business School, ECNU-UH Institute of Translational Science and Technology, BFA Shanghai International College, Zizhu International Education College and so on. 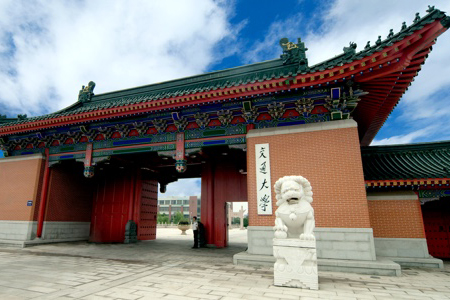 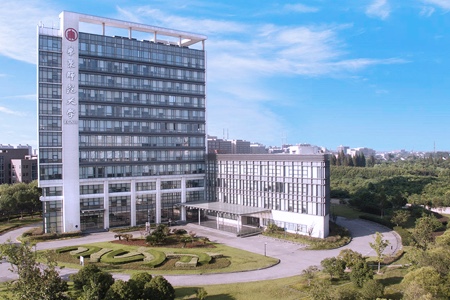 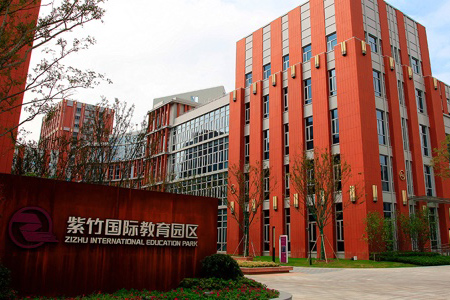 Zizhu High-tech Zone boasts a full range of supporting services and facilities in residential real estate, education and training, medical services, health care, leisure and entertainment with an aim to build a city where people can spend a lifetime. 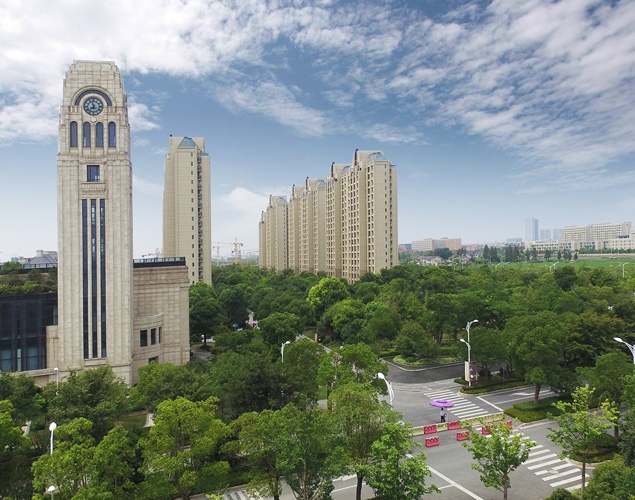 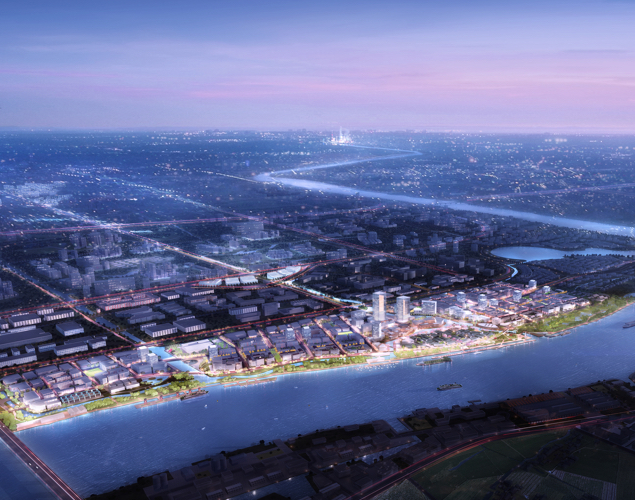 / University Town
The university town lies in the south of Zizhu High-tech Zone R & D base (Phase One) and the west of Zizhu Peninsula international community. It has S4 Expressway on its west, South Zixing Road on its east, East Jiangchuan Road on its north, and Huangpu River on its south. The planned land area is 1.7 km2. The university town will stand in the only national-level high-tech zone and the only university cluster along the Huangpu River. Replying on universities for inspiring creativity, it will create a scientific innovation ecosystem and a new borderless center featuring wisdom, openness, vitality and charm to facilitate the building of Zizhu as an important STIC supporting zone along the Huangpu River. 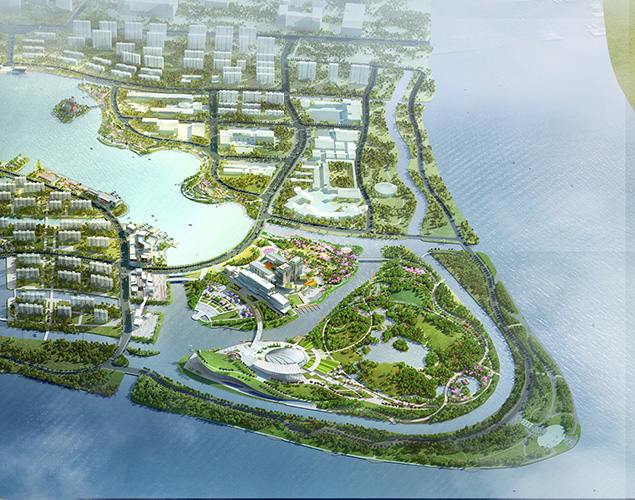 An open and innovative platform will be set up with university technology resources, when industry-university-research collaborative innovation will be promoted to create an innovation and entrepreneurship ecosystem with Zizhu Venture Capital, Zizhu Venture Incubator, Zizhu Seedlings Fund as the mainstays. The final goal is to build a 12,000 m2 “National Technology Business Incubator” that provides all-around and continued services for entrepreneurs. Currently, a total of 100 small and micro technology-based businesses have been incubated and developed.

The 5000 m2 area of Zizhu Venture Incubator (ET space) Phase One was put into use in the end of 2015 to provide low-cost, convenient, total-factor innovation and entrepreneurship services for start-ups, start-up teams and starters.
/ Zizhu Venture Capital

Shanghai Zizhu Venture Capital Co., Ltd. was established in 2003 and was approved as a “National Technology Business Incubator” in March 2016. The entrepreneurship center has an office area and a business area. The business area is equipped with a reception room, a variety of conference rooms, a library reading room and a coffee bar to generate a strong entrepreneurial atmosphere. In the past decade, since it was started, the center has attracted more than 200 start-ups and created over 3,000 jobs.
/ Seedlings Fund

Seedlings Fund was founded in July 2015. As an integral part of the innovation and entrepreneurship ecosystem of the high-tech zone, it gives full play its guiding role in a drive to make up for the market failure of the early venture capital financing. With a fund of 100 million yuan in Phase One, Seedlings Fund strives to expand the scale to one billion yuan in three-five years.
Some of the Settled Businesses